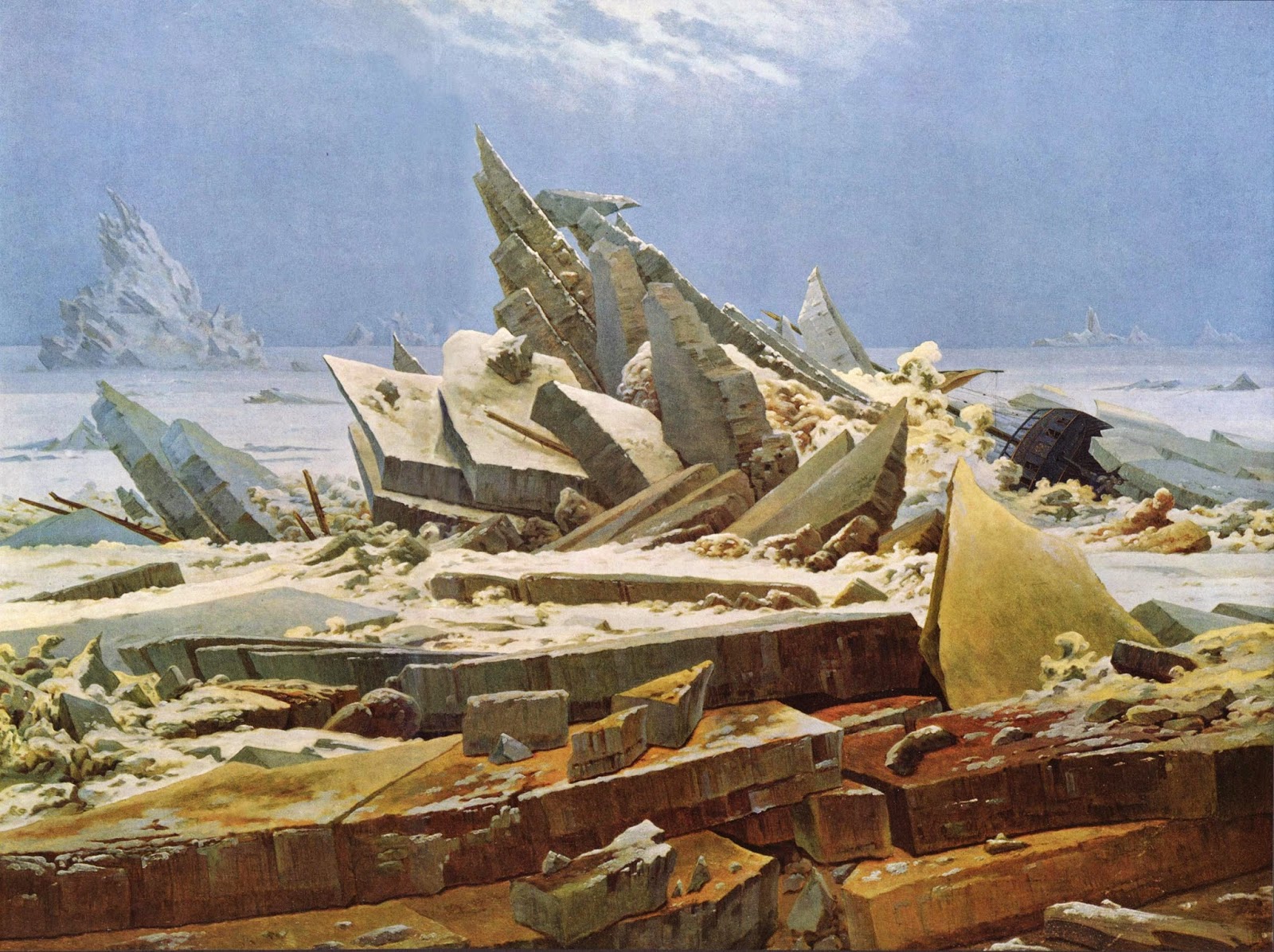 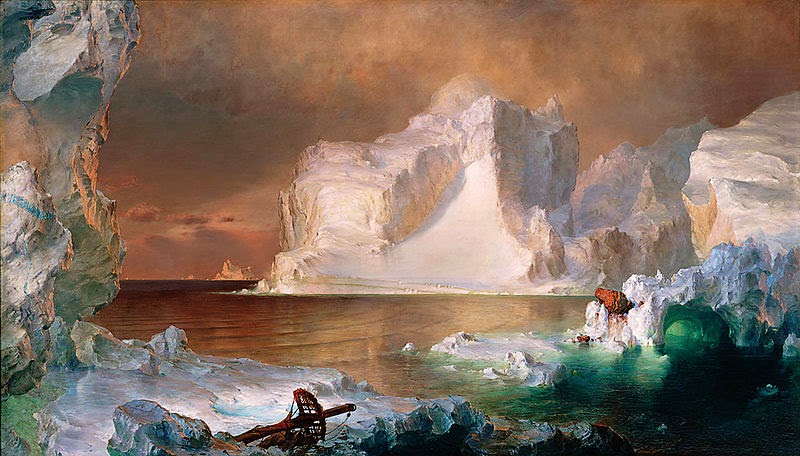 Frederic Edwin Church (American, 1826-1900)
The Icebergs
Signed and dated lower left: F.E. Church 1861
Oil on canvas, 164 x 286 cm
Dallas Museum of Art, gift of Norma and Lamar Hunt
THE NORTH POLE
No one owns it.
The North Pole is in the middle of the Arctic Ocean. There is no land, only ice.
The Arctic sea ice keeps the global climate balanced and cool. 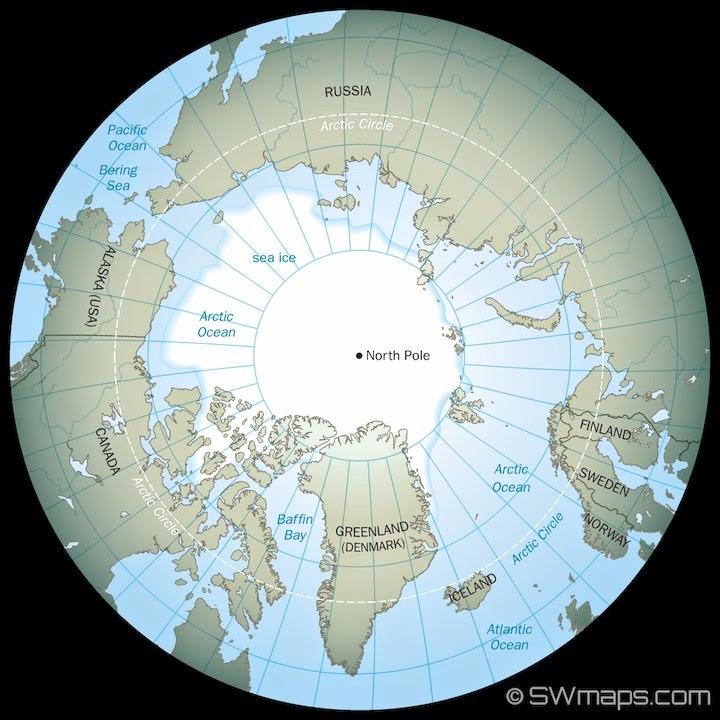 ICEBERGS
Icebergs break off from iceberg producing land glaciers.  This is called calving.
Large chunks of ice are called floes.  When floes collide they form a jagged line of ice chunks.
Navigating in the Arctic ocean is dangerous. The ice is constantly moving.
The Titanic struck icebergs near Newfoundland on it's maiden voyage to New York in 1912.
Watch a large iceberg calving:
https://www.youtube.com/watch?v=hC3VTgIPoGU

THE PAINTINGS
In which painting are chunks of ice colliding?
Why did both artists paint shipwrecks?
Who is stronger, nature or man?
Which picture was done first?
FRIEDRICH
Friedrich never went to the North Pole.
He read about Parry's 1819 Arctic expedition in search of the Northwest Passage (connecting the Atlantic and Pacific Oceans).
During a cold winter in Dresden he saw large packs of ice floating on the river Elbe.
This inspired him to create the painting.
Studies:

Kunsthalle Hamburg
CHURCH
Church went to Newfoundland and Labrador where he made sketches.
He used very small brushstrokes so the picture would look more "real".
He painted Icebergs in 1861 the year of the onslaught of the American Civil War.
People loved the Icebergs and a British man bought it.  It disappeared until it was found in 1978 in a boy's boarding school in Manchester, Britain.

Watch what lies beneath the ice:
http://video.nationalgeographic.com/video/oceans-narrated-by-sylvia-earle/oceans-arctic?source=relatedvideo

Posted by Puppa Nottebohm at 2:33 PM