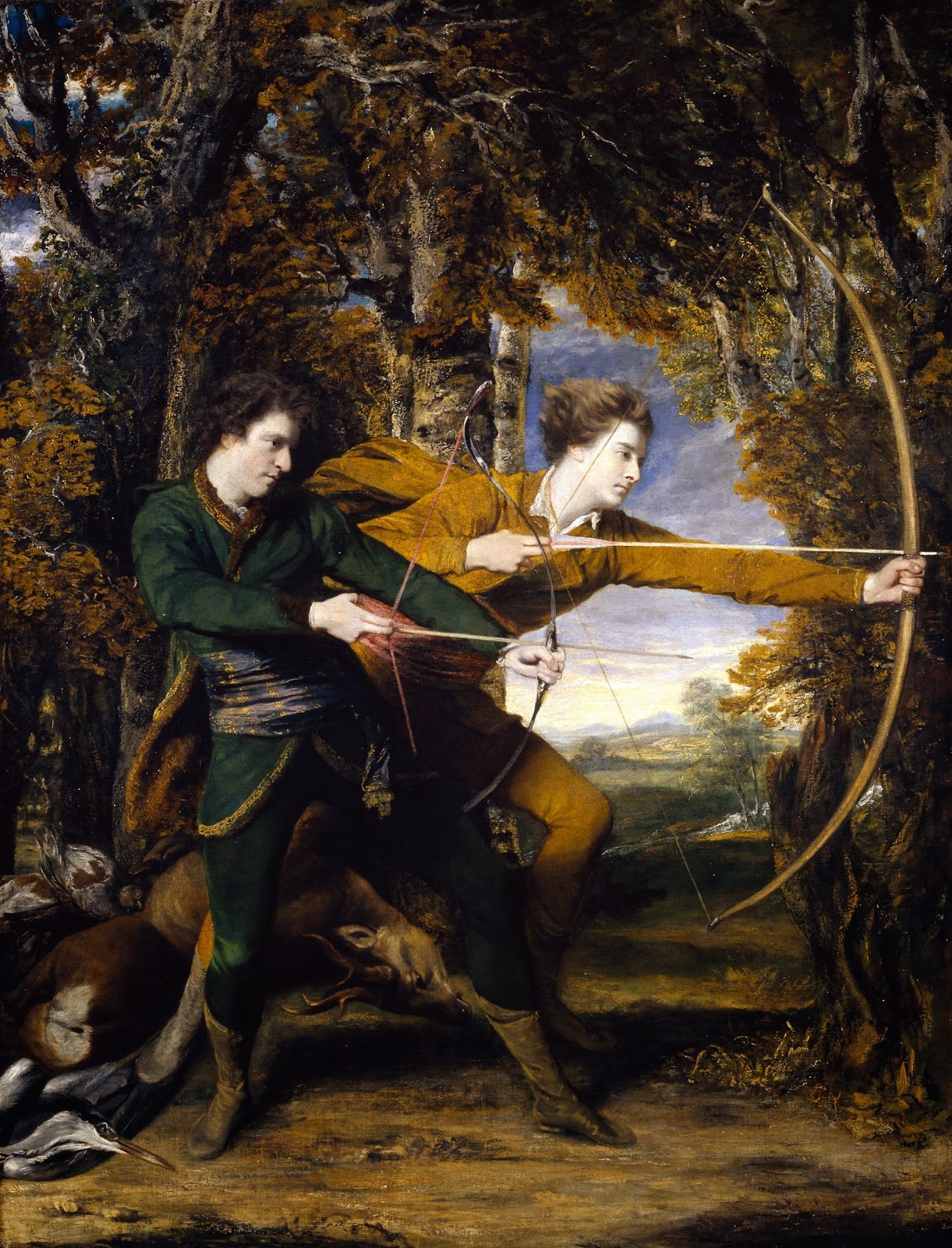 THE ARCHERS
Do you think Reynolds walked in the woods one beautiful August day and painted the Archers on the spot?
No! He set the stage: shoot!
The Irish Lord Sydney (right) is jumping and his hair is flying in the air.  Col. Acland is leaning back with his smaller bow and arrow, making space for his friend.  He is keeping a keen eye on the target.
Can you identify the game by their feet?
Reynolds chose the costumes, the props, the poses and the setting.  He wanted his sitters to look grand and imposing.
He picked the clearing in the forest to resemble the shape of a bow and arrow.
Was the picture painted in the studio or outdoors?
The figures are painted with the brush whilst the forest is done with the palette knife.
Acland fought in the American War of Independence and invaded northern New York in 1777.

Acland and Sydney were friends, but later quarreled about who was to keep this marvelous picture.
REYNOLDS
Sir Joshua Reynolds was a superstar.  He painted the "celebrities" of his day: philosophers, aristocrats, actors, authors, scientists and the king.  He always made them look grand.
Once a week he met with his intellectual friends at "The Club" in London.
He was the first president of the Royal Academy of Arts in London, where he taught young artists.
THE KINGDOM OF GREAT BRITAIN IN 1769
Britain was a superpower and London was the place to be.  As Reynolds' great friend, Dr. Samuel Johnson said: "When a man is tired of London, he is tired of life; for there is in London all that life can afford".  (James Boswell, The Life of Samuel Johnson LL.D.)
Seven years later, in 1776, the Thirteen Colonies in North America declared Independence from Britain.

Posted by Puppa Nottebohm at 10:11 AM