NOSY ART DETECTIVES
What is the first thing you notice in each face?
How do the people feel about themselves: confident, proud, vain, mean, kind, gentle, funny, powerful? 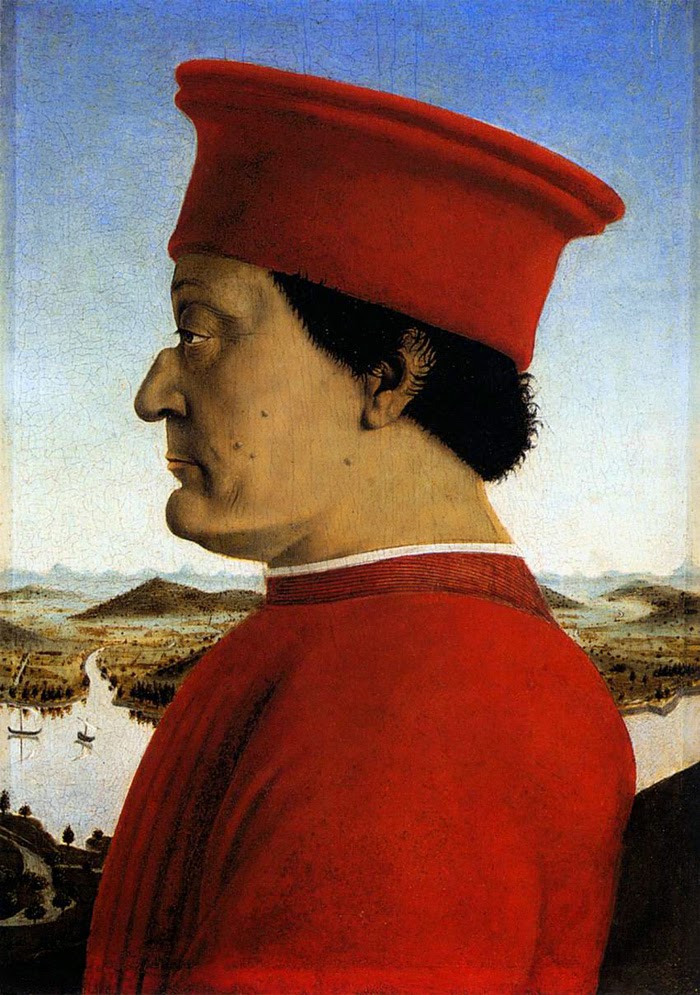 THE DUKE
Federico (1422-82) was a "Renaissance Man". He was intelligent, learned, supportive of the arts and he knew his place in the world.
He was a military commander as well and lost his right eye in a jousting accident at a tournament.  His vision was so severely impaired that he had the bridge of his nose removed by a surgeon.  This allowed him to see his enemies approach from either side.
Why did Piero paint his left side in profile?

He painted the Duke's wife in mirror image. Click and zoom:
http://www.google.com/culturalinstitute/compare/?item1=7wFMxQJ2RPz78Q&item2=gwEjS68UHaNN4A&hl=en
Enter the Duke's magical study, "studiolo", in the Metropolitan Museum of Art:
http://www.metmuseum.org/metmedia/interactives/adults-teachers/studiolo-from-the-ducal-palace-in-gubbio
PIERO
Piero della Francesca, was an early Renaissance master.
When we look at the people he painted we understand how they feel.
He painted the walls of a church in Arezzo, they are wonderful:
http://projects.ias.edu/pierotruecross/pieroimages.html 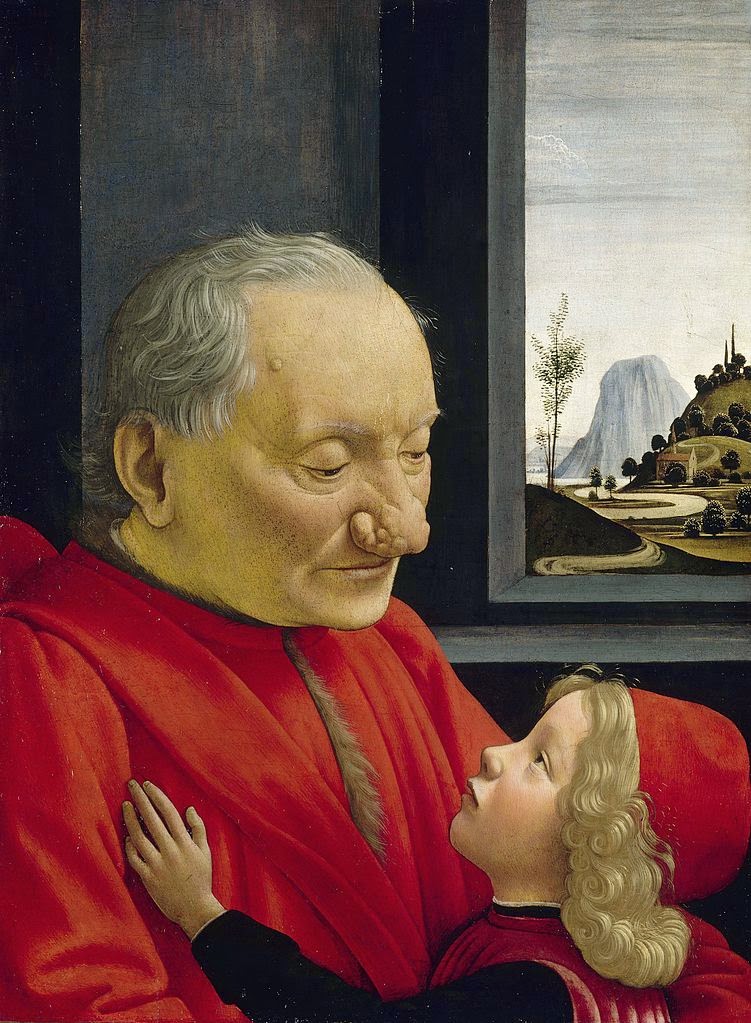 Domenico Ghirlandaio (Italian, 1449-94)
An old man and a young boy, circa 1490
Tempera on wood panel
62.7 x 43.2 cm
Paris, Musée du Louvre
This double portrait was painted in Florence 20 years after Piero's picture.
Does the young boy mind the old man's deformed nose?
How do they feel about each other?
Is their house fancy or simple?  Are they rich or poor?
He painted many frescoes and was Michelangelo's teacher for a short time.
INGRES 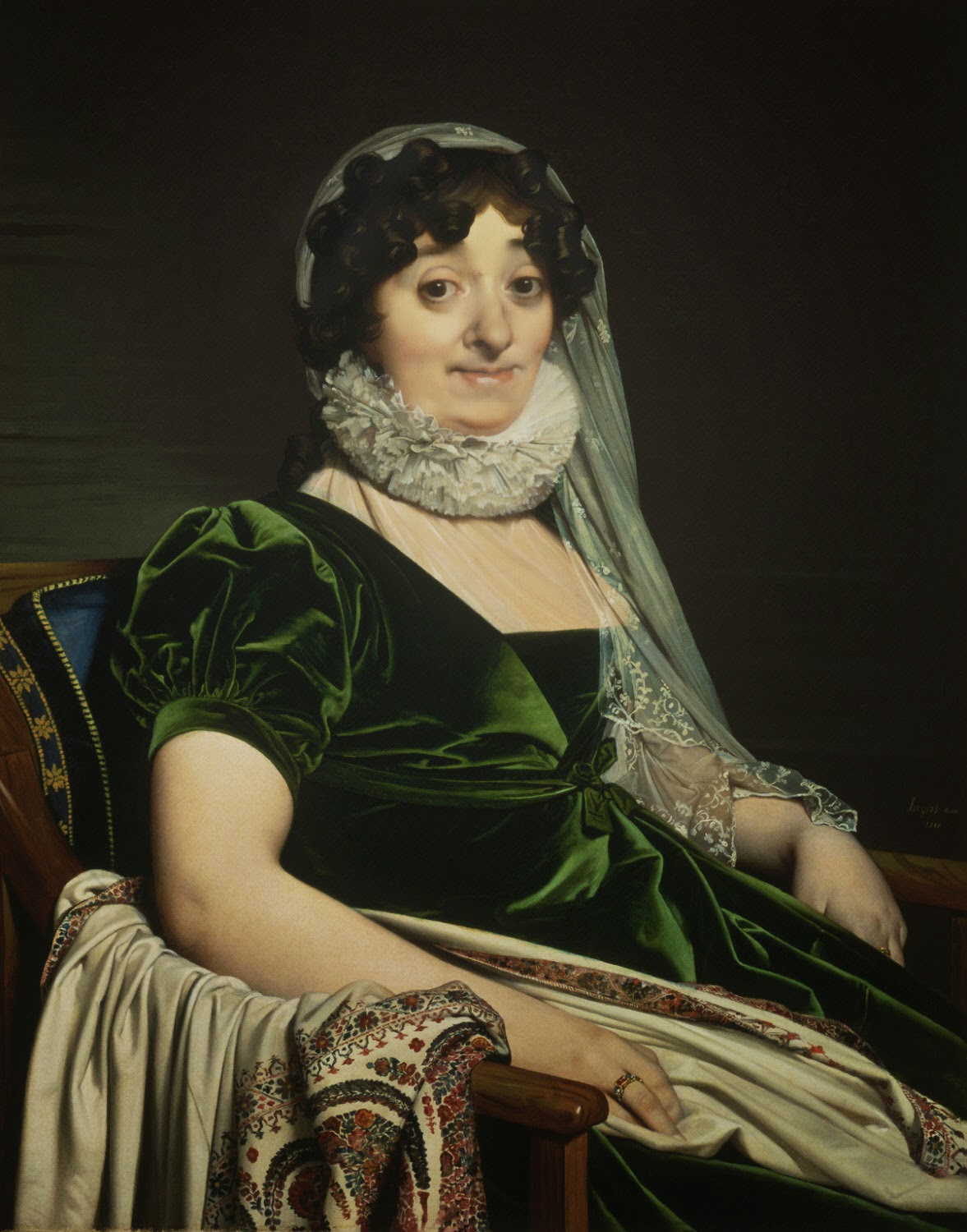 THE COUNTESS
She was witty and amusing.
Her bouncy curls seem to laugh.  Are her eyes sparkly?
Did she like fashion?
Spot a big wart:
http://www.google.com/culturalinstitute/asset-viewer/portrait-of-the-countess-of-tournon/QQFipUzchmKLDw?hl=en
When the museum was given the picture the varnish was a bit dirty and there was no wart.
The conservators removed the old varnish and out popped the wart.  At some point someone must have painted a bit of flesh color over that spot!
INGRES
His style is called neoclassical. He admired Greek and Roman art. His pictures are smooth; he did not like to show brushstrokes.
He painted the countess in Rome where her son worked for Napoleon.
SARGENT 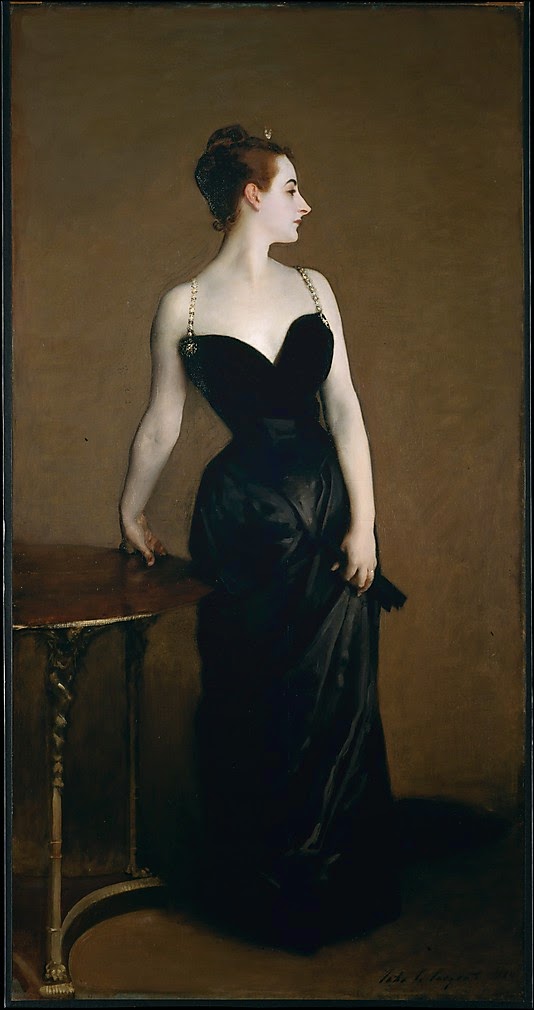 Virginie Amélie Gautreau was an American living in Paris. She had great style.  Originally Sargent, who was also American, had painted the strap off her shoulder.  People did not like the picture at first, so he called her Madame X.  He changed the strap and kept the picture.  When the Met acquired the picture Sargent said "I suppose it is the best thing I have done".  He painted around 900 pictures.
GAME
If you could meet one person for one hour, who would it be?
Posted by Puppa Nottebohm at 4:51 PM