Lights, camera, action...You are about to watch a Baroque action movie (rated PG). 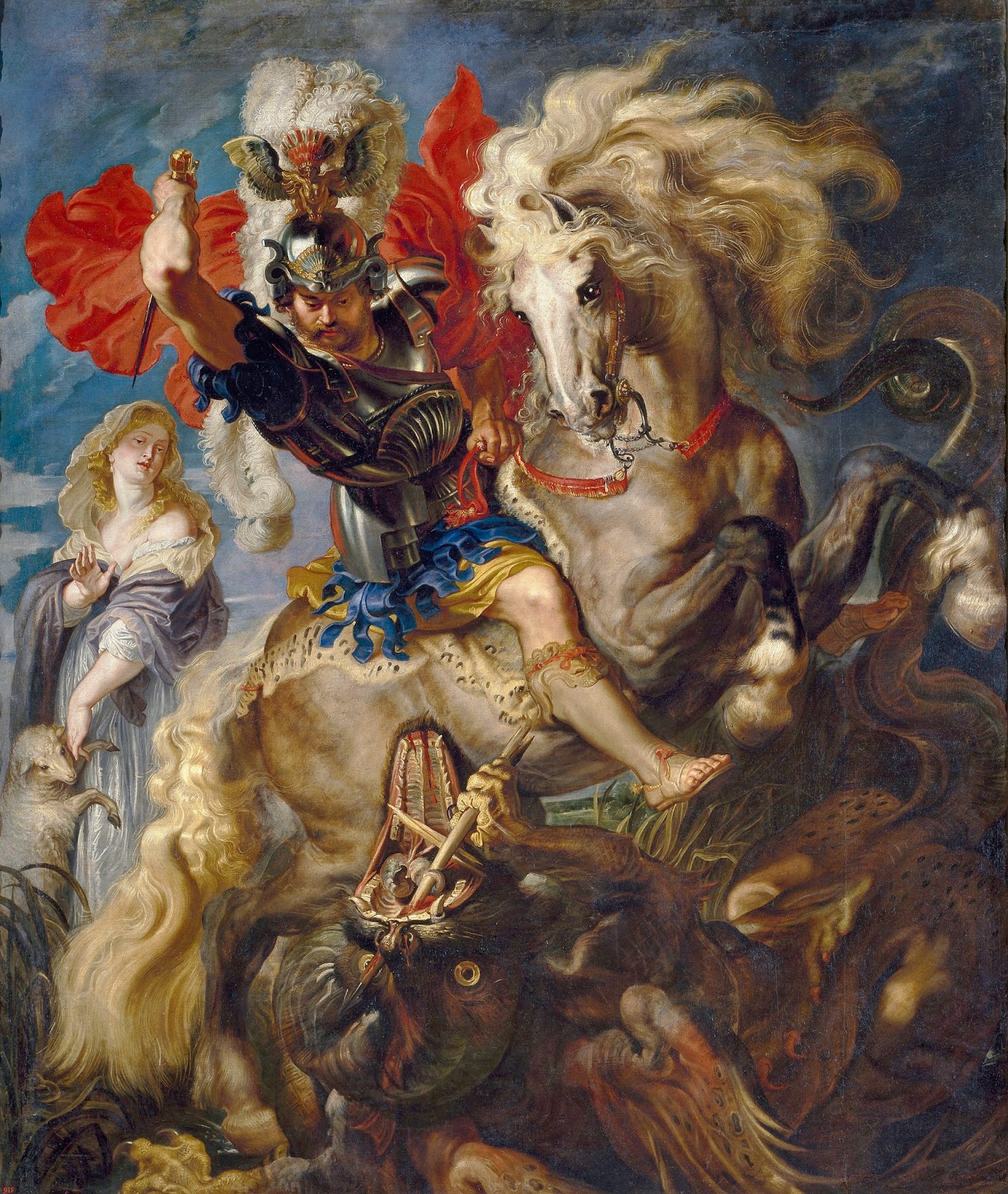 A beautiful horse is rearing up in fright. Underneath a monster is on his back fighting for his life.  The dragon is having a bad nose bleed and is pulling out the stick.
A Roman is about to strike the final blow. The picture is taller than your living room.
THE SCRIPT
George was an officer in the Roman army. According to legend the dragon lived by a spring that gave water to the town.  Each day the people gave a sheep to the dragon to distract him. This way they could get their water.  When they ran out of sheep, young maidens were brought to the dragon.  One day even a princess was offered to the monster.  George came to her rescue, slayed the dragon and the princess was free.
COSTUME DESIGN
A mythical creature sits on George's plumed helmet, ready to pounce. Who is it?
Which animal's skin is covering the horse's back?
A wild cat's head is holding up George's cool gladiator sandals. Name the animal!
A gold and blue silk tunic peeks out from underneath the shiny armor.
SUPPORTING ACTORS
The horse is foaming at the mouth. Can you hear him snort?
Does the woman holding the lamb look worried?
MAKE UP
How long would it take to curl and brush the horse's hair?  Zoom in and you will see that Rubens scratched the curls into the wet paint. For this he used the tip of the wooden paint brush.
THE DIRECTOR
Like George, Rubens was fearless.  No picture was too big and no story was too scary for him.  He was 30 years old when he made this picture in Genoa, Italy.  Back home in Antwerp he built a beautiful house with a studio that you can visit today.
http://www.rubenshuis.be/Museum_Rubenshuis_EN
FRONT ROW SEATS
Do you feel as though you are sitting in the front row of the movie theater?
Will you give Rubens the Oscar prize for Best Picture of 1608?  In his time Rubens was more famous than Steven Spielberg is today. His action pictures were shown in palaces, castles and churches.
For more Rubens look at The Lion Hunt below.   Careful, it's rated PG-13! 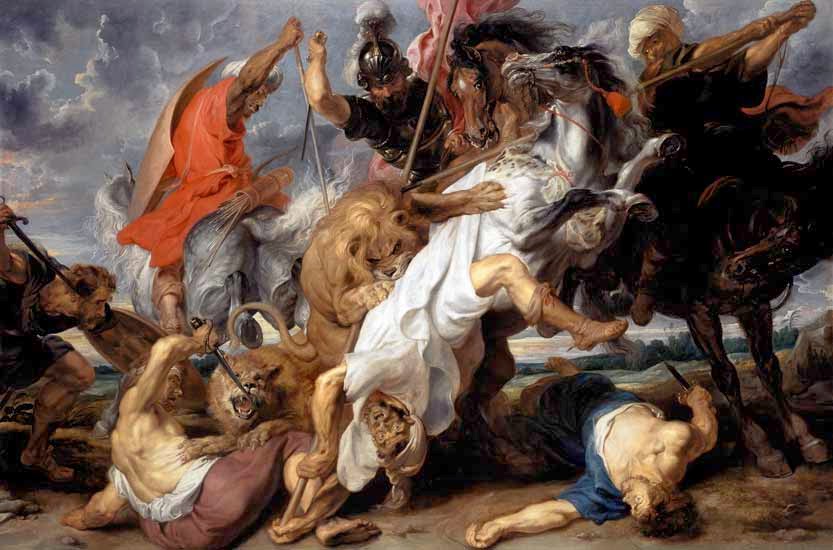 Can you spot an actor who is in both pictures?
Perhaps you could make your own movie of Saint George and the Dragon.

YOU CAN VIEW THE ARCHIVE AND POST COMMENTS ON WWW.OLDMASTERSROCK.COM
Posted by Puppa Nottebohm at 8:26 PM